It’s serie A time rossoneri! Our beloved Milan, after their outstanding performance against Atalanta, will face Empoli, in a key match for the 25th fixture of Serie A. Empoli have won only two of their last ten games in Serie A (2 wins, 2 draws, 6 losses) and are three points above the relegation zone while Milan is unbeaten in their last seven Serie A games (4 wins, 3 draws).

Further, Milan have won only one of the last four home matches against the Tuscans in Serie A. However, both Milan and Empoli have found the net in all the last eight league matches, so it is expected that it will be an entertaining match.

Additionally, Milan will not change their usual 4-3-3 lineup, but this time there will be no Suso since he is disqualified (accumulation of yellow cards), instead Castillejo will play. Also, Conti will start from the 1st minute, as Calabria will be rested ahead of the Coppa Italia semi-final against Lazio. I hope they will do good, they are two legit players who deserve this opportunity. 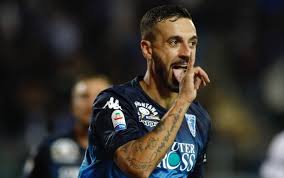 On the other side, Empoli won 3-0 in their last match against Sassuolo, where they demonstrated to be able to create problems to every team. Besides, a curious fact about Empoli is that the five victories collected in the current Serie A are in fact all arrived at Castellani: the Tuscans are one of five teams that in the Top-5 European Championships have not yet found the success away. We will need to keep an eye on Ciccio Caputo, he currently has 11 goals in Serie A and can be a problem.
Finally, this won’t be an easy game, this type of matches are crucial at the end of the season, so its better to win to not worry about possible dropped points. We must respect our opponent and our home court in order to win this match to keep gaining points and enforce the 4th place. I hope our guys will give us a great performance, they can do it.