You breathed deeply on the edge of the field before entering for the last time. At that moment it was impossible for you to stop your mind from going over the memories. I, on the other hand, was sitting in the front row of the living room in my nervous house. I also wanted to stop imagining all those moments, but I won it, my mind won.
Dear Pippo, I grew up seeing you in the Calcio. I could not miss the best league in the world – for me, and all the great squads that fought with such tension the Scudetto.

And in those memories, I’m sure you went back to your beginnings, in your nostalgic Piacenza, imagining madly being able to be like your idols: Paolo Rossi and Van Basten. With the first, wanting to emulate once lift the World Cup by the Azzurri, and with the Dutch, to defend the death shirt milanista. Sure, they were dreams of a child, but you decided not to stop trying to get them.

Filippo Inzaghi was an Italian striker who from the lower and already being in his first season, caught the attention of different clubs (playing in them), such as Parma, Atalanta, even Juventus itself, becoming little by little the opportunist of the goal.

But the club that would leave its mark (and with which he so dreamed of playing for) was with the legendary Milan. Who does not remember those teams? It gave chills just to see the starting lineup! For what to say about banking, full of cracks. And among them, he was there, where for 11 years you entered the Rossoneri heart, for your unique way of shouting the goals, your famous opportunism. How not to fall in love? If you managed to send the ball to the net in situations that others were unable: only you could make fun of the offside. 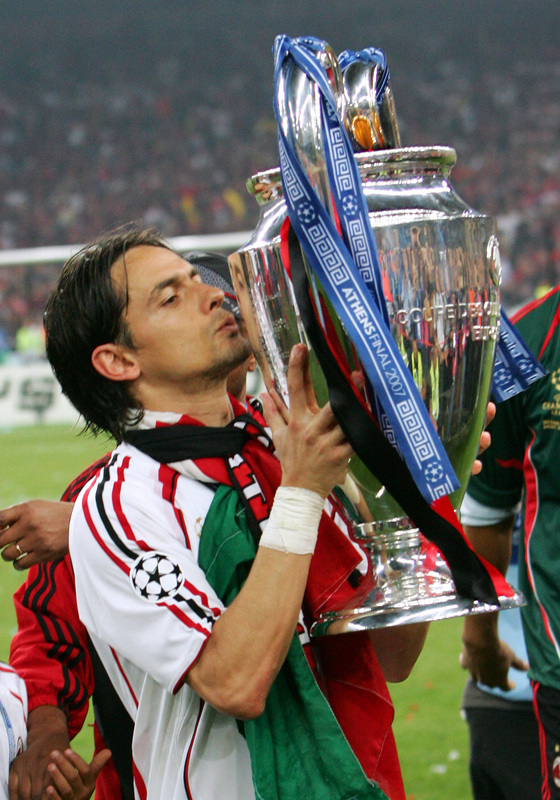 They can say what they want: that you were a very bad 9. Really, whatever they want. What you can never discredit are your more than 200 goals in your career, and perhaps, the most important thing: the passion and determination with which you defended the glorious Lombard shirt. And you scored a great goal, your last exciting goal that day. And again you remembered everything you achieved: A World Cup and win everything with your love team. You became an immortal idol. Not so bad, Pippo.

Good Coach and Performance? Check! What is missing now?